The Spanking Chronicles of Cedar Lake: A Stairwell Surprise 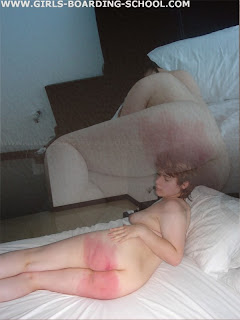 Great story. I know I haven't commented much recently on your posts but I do keep up with them and they are always a joy to read.

Telling this story after the fact instead of live was a nice touch. I also read the Cedar Lake pdf from lulu and was very impressed. It's a great setting and I hope you continue to revisit it. Scott Ellis has become my new hero. :)

Fantastic story, Awesome title,
These stories are coming out very well. Lilly is funny,and an all around great character. Now Scott umm I will say he does make a good opposite to Lilly.
Thanks for the story
AL :)

Are you making up the school rules as you go along, or did you write them up in advance? Enquiring minds...

Certainly an engaging story. I see at this school they want to get the most social impact from each and every punishment, or at least that's how it looks.

Ash, always happy to read a story of yours.
Unlike Ace, I don't find Scott a hero at all, rather an anti-hero.
Wouldn't it be something if he found himself the central figure in a General Assembly and one of his past victims filling his post.
Would it stretch you to write a M/m discipline scene, or even a few F/m scenes?
Great story Ash, thank you.
Warm hugs,
Paul.

Ace, It's nice to hear from you again. I didn't think you had totally disappeared. My guess was you were just busy or not inspired into commenting which both can happen. Thanks for jumping in and I'm pleased you enjoyed Cedar Lake. Scott Ellis is a great villain to me, but I'm not surprised some see him as a hero.

Al, Lilly feels a little incomplete as of this moment. I think we have another tale or two for her to tell before she's done.

Karl, I did not write a rule book, although I was tempted to do so. These stories and their setting (Cedar Lake) are well outlined in advance, meaning I know the rules and policies of Cedar Lake as if I had their handbook in my lap. Part of their style is definitely making the punishment process public, it also creating an environment where peers are as much a part of the pressure to follow the rules as the staff.

Paul, I can't say I won't ever write a M/M or F/M scene, but in most circumstances they are less appealing to me. (As a joke on a friend I actually did write a M/M scene into this story between Prof. Warner and Dylan. It was deleted from the posted version.)I might make an exception for Scott Ellis at some point down the road, but I think he has a few more days as a villainous reporter left in him.

Apparently the Rev. Jim Jones used public spankings as punishment for his commune followers who got out of line. This was well before they all moved to Guyana and drank the Kool-Aid.

Of course it's hard to know how much of Jones' social experiment was his own inspiration and how much was CIA inspired.

Karl, I can't say I've heard that about Jones before. I thought his punishments were mostly sexual abuse, sodomizing men, etc.

In creating Cedar Lake and similar stories I do my best to avoid religion, mostly because it always seems to tarnish everything it touches. Religious based corporal punishment stories always feel a bit creepy to me, perhaps because real life has often been populated with zealots who claim religious ideals for every cruel thing they do.

I like to think of a story as an escape from the real world and all its troubles. Cedar Lake is meant to be a fun environment where the rules run to the extremes but the caretakers always stay on the right side of the boundaries. Of course that line between good, clean fun, and distasteful, abuse of power exists in different places for different people.