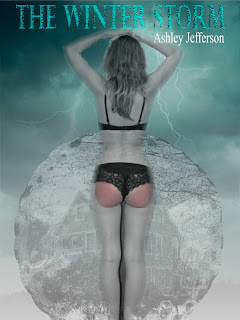 Ash, this may be your most complicated story but it continues to fascinate and draw me in.
I don't think that I would like to be Rachel's brother, under such discipline, too much like the establishment I spent my childhood in.
While I love the way that you put words together, extreme discipline isn't a turn on for me.
Apropos your last reply, your professors should not be conserned about content, only form.
Love and warm hugs,
Paul.

I can't begin to guess what Rachel is up to at this point, but clearly it is no good. Even though it's Jennifer who is going to suffer from the embarrassment of having her punishment videotaped, I'd still say Miles is the true wronged party. It's difficult to feel sympathy for his girlfriend after how she acted last chapter. At this point it would be hard to choose between Rachel, Michelle, and Jennifer for which upcoming punishment that I'd most like to read about.

Really enjoying this series, Ashley! I love the sentence, "And I’m warning you now, if I have one more issue with you today, you’ll be spending the next three days stark naked and sporting a permanently red backside." Just delicious!

the winter storm keeps getting better and better looking forward to see whats to come for one or all the girls in future stories.
I didnt see that coming with Rachel hopefully she gets her just rewards

thanks for the story
AL :)

This series is fantastic.
Your description of corner time, of all feelings going through ones head, of different corner time situations, is perfect. Situations similar to these actually do occur occasionally during corner time if I can't keep my mouth in check. I cannot remember a story summarizing it all that well.
I think we should compare corner time techniques some time soon, I would seriously need some!!!
"looking at the texture of the wall for funny patterns" - good idea but I usually have trouble focusing on the wall before my eyes.
Thanks for the story!

This is the best chapter yet. the tension is palpable and I cant wait to see what Dad will do next. the casual undressing of the daughters is perfect. Could you add a little description of their bodies, tho?

Ace, Rachel is in over her head, but that's what makes it fun. Jennifer still has a few naughty secrets in her closet and Michelle, well she'll be getting into trouble soon enough.

Carla Marie, I always like those complicated warnings. It's like you really have to listen and then you can panic when you finally understand the full scope.

Al, I think it's safe to say, just rewards will be coming all around.

Anon, I do believe "dad" is going to find himself trapped by the actions of his daughters, not to mention his son's girlfriend.

Sylvie, My apologies for missing your comment in my replies. I think corner time is a little different for everyone, but there are those aspects which are universal which I tried to capture here. I would bet everyone who has done very much corner time has come up with some way of surviving it with their sanity intact. For me, it's all about find something to distract me and keep my mind on anything but where I am and what I am doing. Is that the anti-yoda approach? lol