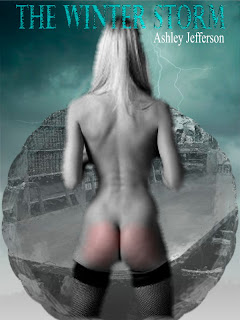 I do so love this story, Ash, and I'm sure it gets better with every new chapter!

Ash,
The opening scene is fantastic, you created Mr Harper good, he was not even doing the discipline but can tell he seem Strict but has a fair side to him.
oh and Jennifer I totally agree with Mr. Harper on what Jennifer needs and by the look of things Miles will be taking care of that.
This story is on the top of my list of favorite stories looking forward to the next chapter

Ash,
Just also had to add you come up with the best pictures. You surprised me with that one
Sorry for the extra comment
thanks for the story
AL :)

What an interesting job Miles must have. The importance placed on implementing a discipline policy while avoiding lawsuits give the whole story a bit more legitimacy, which makes it more enjoyable to me overall.

And that comment Jennifer made about sucking dick was scandalous in a really amusing way. With all the cursing she did she kind of reminds me of Dexter's sister Deborah in that showtime drama "Dexter". It just makes you want to grind your teeth after awhile.

Can't wait for next week's chapter!

This multi-parter is a real tour de force. In the Bennett family, you have invented yet another household that I never want to leave. A fictional spanking is only as interesting as what surrounds it and here the spankings are surrounded by a beautifully woven web of character interactions and events. Best of all, you've been able to orchestrate all these elements so that they take us through the richest of spanking environments from family to school to office on our way toward what I am sure will be a rouser of a climax.

Ash, what can I add to what the other commentators have already said?
Only, lovely.
You are displaying your craft superbly.
Your Professors should be very proud of you.
Love and warm hugs,
Paul.

Great story! That software should be shipped with every Windows. Where can I order it? ;)

Hedgehog, Thanks. In my opinion this story only gets better as it goes along, but then I did write it so what else would I say?

Al, Glad you enjoyed it. Jennifer was fun to write, although I swear I could almost taste soap as many times as I wrote those dangerous expletives. LOL

Al, Comment much? LOL Yes, I did change the image and no, I didn't give any warning.

Ace, I'm sure a job like Miles' would have a very long waiting list of applicants. I like to throw in a little real world perspective things here and there because it make the story feel more grounded to me, especially in scenes like this one where a lot of people might feel pulled out of the story by the improbabilities. I haven't seen Dexter, I may have to watch an episode or two just to see if I agree with you.

Michael, The spiderweb of characters and plots in this story is probably among the most complicated I've attempted, especially in straight spanking fiction. If I've done it right, I think the climax will be breathtaking.

Paul, Thanks. I don't think I'll be letting my professors read any of this, although I suppose it's possible the story could be right up their alleys. LOL

Sylvie, I think a lot of people would like to own some software like that or at least similar. I wonder if there are any programmers out there who might give it a shot?