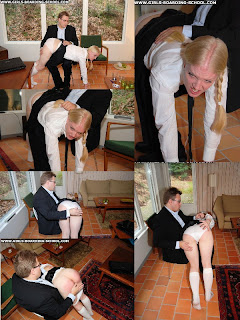 Good Image set for this weeks story and will say that the beginning was quite funny. thanks again for the weekly stories
AL :)

Al, The images come from girls-boarding-school.com It was meant to be an amusing tale with a few twists, but I think I could have wrapped through it better if I had spent more time on it.

Bill, Glad you enjoyed it. I like to keep the voices of my narrators interesting and sometimes it does provide for some great banter.

You've got very unique talent on writing :) I all your writing styles. I've bookmarked your blog site and tweeted it. Keep writing baby!