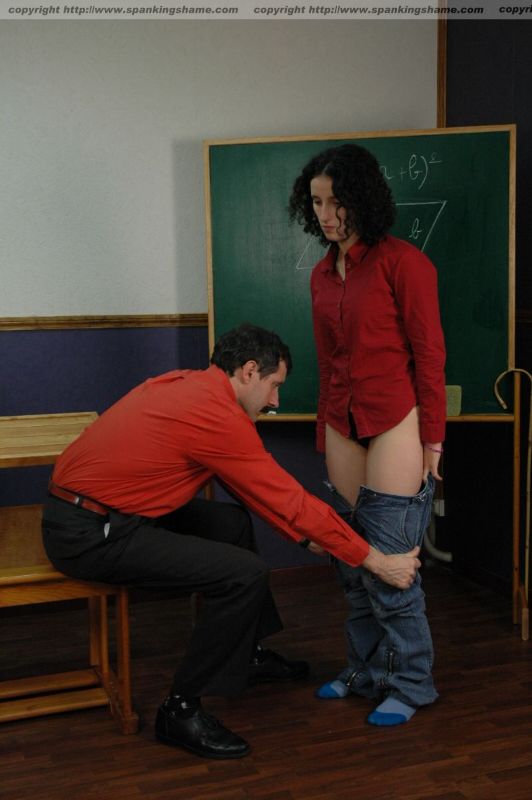 “There was life before cellphones,” He said.

A figurative light flashed in my head and I said, “BC? Wasn’t that like over 2000 years ago?”

“Do you think I’m joking with you?” He asked.

I debated the question with the available facts. The muscles in his face were clearly suppressing both a smile and laughter, which definitely held in favor of joking. There was the dryness of his tone and squareness of his shoulders which suggested more along the lines of not joking though. How was I supposed to make a determination when his own body seemed to be conflicted about the issue?

I shrugged and went with the truth, saying, “I’m not really sure.”

“Let me clarify then,” He said, taking a step nearer and seemingly looming over me. “I’m not joking and this is a very serious matter. You are in a lot of trouble.”

I looked up at him doe-eyed and said, “I didn’t mean any harm.”

“When intentions and actions fail to align it is your actions by which you are judged,” He said.

He sighed and said, “Just because you meant no harm does not change the fact you did harm.”

“To whom?” I asked, offended by the very thought.

“Yourself to begin with,” He said.

“I was only texting a friend,” I said.

“During the middle of a quiz,” He said.

“Because I’m telling you,” I said.

“To stay out of trouble,” He said.

“Apparently it’s not working,” I said.

“And you think I would continue telling a lie that wasn’t working?” I asked.

“Maybe you maintain some hope it will prevail,” He said.

“Or maybe I’m telling the truth,” I said.

“Maybe, but I can’t play favorites,” He said.

I smiled and said, “Are you suggesting I’m a favorite.”

He said, “I think we are getting a little off topic.”

“I’m sorry,” I said, lowering my eyes, “I didn’t mean to make you uncomfortable.”

He slipped a single finger beneath my chin and raised my head until our eyes met. A gentle smile formed on his lips and I returned it with one of my own. Our roles of student and teacher faded into the background. He was just a man and I was just a woman. I dreamed of him leaning down and pressing his lips against mine, encasing me in his arms and sweeping me off my feet.

“You are a beautiful young woman,” He said, gazing into my eyes. “I enjoy having you in my class, but I cannot ignore it when you break the rules.”

“Where does that leave us?” I asked.

“You make that sound like a bad thing,” I said, fluttering my eyelashes.

“Are you sure?” I asked, stepping closer to him, until only electric air stood between us.

He took a step back and said, “This is serious.”

“Of course,” I said, taking another step toward him.

His hands grasped my shoulders, pushing me arms length away from him and he said, “This won’t be pleasant. Cheating is a very serious matter.”

“You could have been,” He said.

“Do you discipline all your students for things they could have done or just the ones you consider beautiful?” I asked.

“Just the ones that give me an excuse,” He said.

“I’m not the one who was using a cellphone in plain sight during the middle of a quiz,” He said.

“I wasn’t cheating. I had nothing to hide,” I said.

“We’ll see about that,” He said, sitting down on the student bench behind him. His hands grabbed my waist and pulled me a half step closer to him. I considered pulling away from him, but the excitement of the moment held me glued in place.

“What are you doing?” I asked, settling my hands on his wrists.

He glanced up at me and said, “Taking your pants down.”

“What if someone comes in?” I asked, enjoying the exhilaration of the thought.
“I thought you had nothing to hide,” He said.

He tugged my jeans down to my knees and said, “The longer you wait to get over my knee, the greater the chance that someone does come through the door.”

I shook my head at him, but quickly waddled over to his side and draped myself over his lap. His arms held me to him, securing me in place and I almost forgot where we were. The gentle touch of his hand on my bottom sent shivers up my spine and I closed my eyes, savouring the sensation of safe vulnerability. His hand slapped against my bottom causing my eyes to jolt open.

He chuckled and said, “It’s supposed to.”

“It never does in my fantasies,” I said.

“Welcome to reality,” He said, spanking my bottom again.

“I’m sure I could stop, but I’m equally sure you have learned very little yet so, if you don’t mind,” He said, patting my bottom as he spoke, “and even if you do, we’re going to continue this for a little while.”

His hand delivered a flurry of hard spanks all over my bottom and I said, “You’re a monster.”

“Flattery will get you nowhere,” He said, continuing the spanking with enthusiasm.

“I wasn’t cheating,” I said, wriggling against his hold of my body.

“You were using your cellphone,” He said, his hand rising and falling in tune with every syllable.

“It’s against the rules,” He said.

“I’m not,” He said, keeping a steady, fast pace to the spanking. “You on the other hand, are making quite a big fuss for a minor hand spanking. I’m tempted to break out the paddle just to show you how bad a spanking can really be.”

“You wouldn’t,” I said, trying to pretend I was not panicking.

“Hold still and take your punishment or I will,” He said.

I stared at the floor. His hand impacting my bottom, jostled my view and kept my thoughts spinning round and round. My body pushed against him, my fists rested against the floor. There was no escape from his relentlessness. The only question which remained, burned in my thoughts. He would follow through with his threat, I had no doubt, but whether or not I wanted to push his buttons and test my limits, I did not know. I inhaled a deep breath, closed my eyes tight and made a choice. I held still, not quite brave enough to take things to the next level. Maybe next time.
Posted by Ashley J

Ash, interesting, is this a scene between a Top and bottom, or is this a teacher spanking a rather froward pupil, and on the edge of crossing that invisible line?
Warm hugs,
Paul.

Ash,
Excellent story
I like how she says different things during the discipline session
Ouch that hurt and he replied its supposed too was a great line and liked her response to that too
thanks for the Fantastic story,Looking forward to next weeks story :)
AL

Paul, I liked leaving it up to the imagination as to what scenario was being played out here. For me it definitely felt more like a play session than anything else, but that's just my perspective.

Al, Throwing in that familiar dialog is always fun as long as it doesn't get to predictable or repetitive. Glad you enjoyed it here.