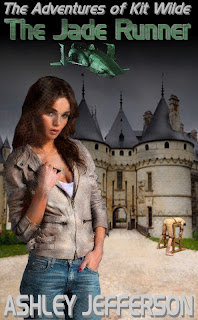 I so love this series, though I do wish Rex had his way with Kit before things went south for him!

Can't wait to see where you will take this story! Imagine, helping the agent only to find they are still sentenced to prison time!

Thanks, as always, for sharing your wonderful mind and your enjoyable writings!

Ash,
every new episode is a special treat.
I won't even try to imagine where you are going with this.
And yes dear Ash you frequently surprise me, which is a great bonus.
Love and warm hugs,
Paul.

another good part to the story
I do like Kit's character she is a feisty one and not all good and not all bad. it was also good to see wudwerth get his.
Al:)

Jim, This story was a lot of fun to write. I'm pleased you've enjoyed it.

Paul, The ending on this story changed a few times while I was writing it, so I guess that probably helped make all those twists and turns which make it hard to tell which way it's going to turn out.

Al, I prefer characters who operate in the shades of gray. Anyone who is too good or too bad just isn't real to me.