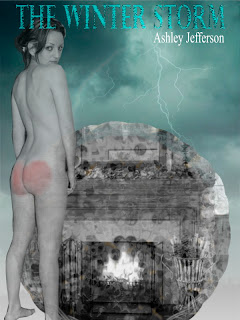 Ash, excellent episode, Jennifer is truly up that smelly creek without a paddle, not without cause.
Soaping is an effective punishment, even now some sixty-five years later, when I swear or think of swearing I get the ghost of carbolic in my mind.
Love and warm hugs,
Paul.

Ash,
Fantastic chapter. Excellent Mouth soaping Scene, it was like it was a real scene and you was right there in the room with them. LOL. I also agree that mouth soaping is an effective punishment.
As I was reading and got to where Rachel made that comment to Jen I had a feeling Mrs Bennett was gonna catch her and not let her get away with it.
Thanks for the Excellent chapter and story so far looking forward to the next chapter
AL :)

Ash
Congratulation on blog of the week over at Voice blog..Keep up the fantastic stories.Looking forward to the next installment of the Winter Storm

Paul, I know what you mean, sometimes just writing those words into a story can bring on those memories.

Al, I painted the scene well enough I think, but I left out the real grit which is the way it tastes and smells. It's not something easily forgotten either because soap is something we use everyday and every whiff of it is keyed directly to those memory centers. That's what makes it both awful and effective.

Rachel and Jen still have some interesting scenes coming and I certainly didn't want to prematurely put an end to their bickering.

Anon, Thanks. I will do my best.