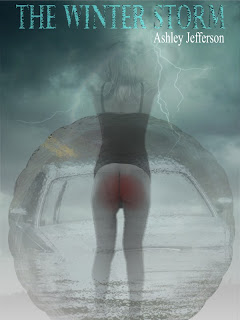 Ash,
fantastic story
Miles handled that situation great.sure looking forward to seeing what Jennifer did to get that red-sore backside even before Miles laid one swat down
also like the place the spanking took place you in my opinion you do not see that too often
liked the conversation Miles and Jennifer had was well done
would of been nice if Miles had a bar of soap handy LOL
thanks for the story looking forward to the next part
AL :)

Ash, nice scene, I think that the soap can wait for later.
I suspect that Jennifer isn't the sort to submit to that easily!
I like her spirit, Miles has a full time job on his hands.
I love the way that you round out your characters.
Once again an excellent chapter.
Love and warm hugs,
Paul.

Al, Glad you're still enjoying. I have to say cars, or trucks, are an interesting place to set a spanking, private yet with that edge of potential public exposure.

Paul, I agree, no soap needed yet. Besides, there is definitely a little more going on here and Miles just doesn't seem like the type to rush in blindly. Yes, Jennifer is clearly a handful, but one of the fun things about creating characters like this is the ability to develop them in ways that their behavior is understandable, if not entirely justifiable.