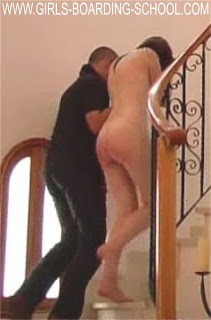 Excellent work, Ash. You are clearly an author who knows whereof she speaks. In reference to the layer cake analogy in your comments to Part 1, I'd say the second layer is just as good as the first. It hadn't occurred to me that this might go for three "layers" until you mentioned the possibility. My vote is: Yes, please. Everybody knows it's permissible to go back for a third helping on Thanksgiving.

Ash, what can I say. as tasty as you have ever been.
Bring on the third layer, I'm prepared to make a pig of myself.
No calories and no problem with the blood sugar.
Lovely stuff, and so healthy.
Love and warm hugs,
Paul.

Ash,
Fabulous writing
think that is one of the most longest scenes i have read(In this type of story} ,it was awesome writing.
Eating less to save room for dessert and if your gonna eat dessert a 3 layer cake is the way to go...LOL
Looking forward to the 3rd part
AL :)

Such a good dad!

Wonderful mix in this story: nudity,a dad uncaring about who sees his nude daughter,witnesses, the possibility of even MORE witnesses, stiffening nipples, oh my.

LOVED it! i would certainly like to know if April is clean shaven for even more humiliation, and if she is more humiliated by her breasts or her other bits being on display. And any feelings of shame or arousal, submission that she might have been feeling.

Thanks, so much for a story after my own heart!

Michael, Thanks. I have indeed experienced plenty of spankings first hand, but I will say this story isn't based specifically off of one of my experience, rather that of a friend.

Paul, Thanks. I've got a third and fourth layer coming so hopefully you've saved plenty of room.

Al, It must be the longest straight spanking scene I've written. I'm glad you liked it.

Anon 1, I think that is a matter of opinion, but his heart is in the right place.

Anon 2, Two more parts coming, but I must say I think some things are best left to the imagination of the reader.

Thanks everyone. I'm sorry for the week delay, but finals and Christmas have been eating up my time. The next two parts will post tomorrow on consecutive Mondays, starting tomorrow.