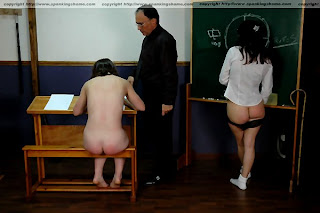 Ash,
Fantastic story, different perspective like that it was a dream you do not see that very often, very good. it can also be taken IMHO that if she was dreaming it that she may have liked it, and her dream may come true maybe she dreamed it as to see in the future or how you dream something and it feels real or comes true some time in the future

Thanks for the story very good detail.... sorry if the above paragraph is a little confusing I could not find all the right words to express what I wanted
AL

Ash, excellent, took me in completely.

A very explicit dream, one wonders at the psyche that dreams such a dream, does she dread but really want it, does it make her hot and wet?

Then you bring us down to earth with a bump, "I'm very disappointed in you," he said, nothing if not proper.

I really like it, I just wish there were more, your stories are like candy for me, fortunately they do nothing to my blood sugar.
Warm hugs,
Paul.

I also was thinking it was sort of dreamlike from the way things were described even before it was revealed at the end. Another very well written story.

Al, The dream thing is not terribly unique in the realm of stories, but I liked how this one ended with the possibility that all might not have been imagination alone. Glad you enjoyed it.

Paul, If I had to take a guess at the characters state of mind, I would say she both desired and feared the possibilities. The one difficulty in writing these stories is finding the right place to stop.

Ace, Thanks, glad you enjoyed it.