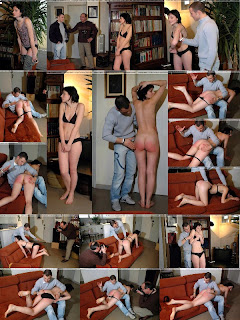 Another excellent story, Ashley. I wonder if scenes like this ever played out in real life.

Definitely would have made for some great snaps to add to the family album.

Hermione, It's nice to hear from you. I'm pleased you enjoyed the story.

Karl, One thing we always hear in the writing business is how reality is stranger than fiction. I imagine such situations aren't exactly advertised to the world, but meddling in the marriage of a daughter is certainly nothing new. I thought about having her father quote a line about how great the pictures would be in their wedding album. lol.

Great Story. She sure got a surprise at the end, When she found out her father had no objections. Also was a good line Gary used "Don't what me"

Thanks for a great story
Al ;)

Hope you're having a nice holiday Ashley. You deserve it!

Loving your stories! The surprise elements are great, the stripping, the casual control men have over the women, the embarrassment are wonderful --