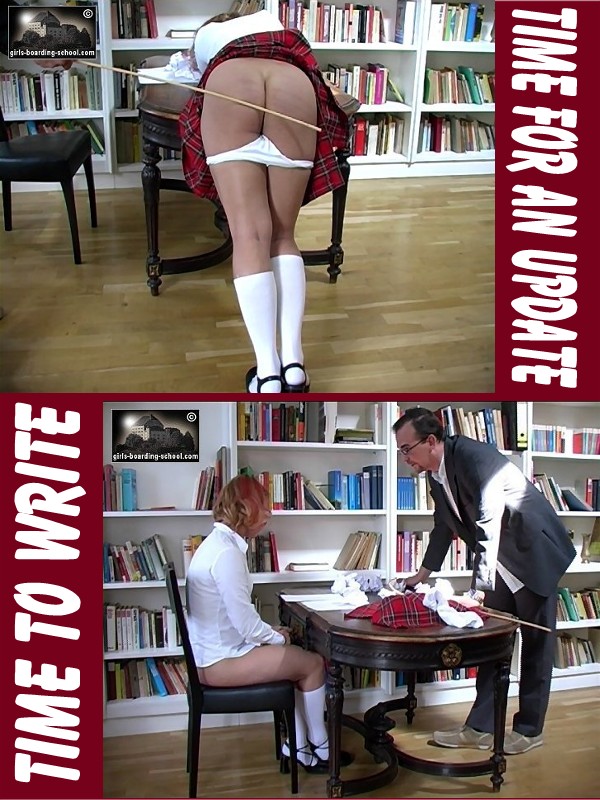 No groaning please. I know everyone, well all those people who are likely to be reading this at any rate (cause if the whole world is reading this blog, then it’s smaller and much less populated than I could imagine), was hoping to see a new part to The Pickett Family Holiday. And just in case anyone is uncertain, this is definitely not part 10. In fact, I have decided there will not be a part 10. Please, no groaning and let me explain because no part 10 doesn’t mean I’m done with Stephanie Pickett or her family.
Alright, explanations are due and deserved and so you’ll have one. Maybe. Okay, fine I’ll explain. A little.
The Pickett Family Holiday was originally designed to take place during the holiday season, covering Thanksgiving, Christmas, and New Years. Thanksgiving is pretty well covered through part 09.
Now, I shall state the obvious.
Christmas and New Years have not only not been covered, they’ve sailed into the past and are quickly becoming distant memories of another year gone by.
What difference does that make?
Well, technically not a damn little bit. I can write a Christmas story in the middle of June if I want and many authors actually do because of publishing deadlines for such material. The thing is, Christmas stories are great in late November and all through December, but who really wants to read one in February or March? Not me.
So, being the practical person I am, it seemed the better choice would be to adjust my story for a more appropriate time setting. And, The Pickett Family Holiday actually wrapped up (no pun intended) quite nicely with part 09. There are some open strands of story and unresolved conflict which are perfect for additional exploration. All this means that I can and will develop the story further, just spreading it out over a longer period of time than I had originally intended. Flexibility, it’s an asset (never more so than when touching one’s own toes while keeping your feet on the ground).
Anyway, what I’m going to be doing, unless loads of you object to my plan, is taking a short break from posting the Pickett story until I can properly develop an alternative route which is currently focused on the concept of Spring Break. I shall also, give the new segment of the story a title fitting the change from the Holiday season to Spring. No, it’s not a permanent break, and yes, I promise to finish out the story properly so you’ll all find out just what that little guilty secret Stephanie’s been hiding is all about. At least that’s the plan. Of course if you prefer, I can simply move on and we can all forget about the Pickett’s.
Next up on the update list, I gather a few of you would like to no what the hell has been going on with yours truly. Well, it’s a long story and someday I’d like someone else to write it and millions of people to be interested enough to read all about it and me. Until that time (Probably about when hell freezes over, pigs fly, and politicians aren’t regularly confused with Pinocchio) I’ll just say I haven’t been able to spend as much time writing as I’d like. Actually for the past month, I’ve been taking a condensed course for school which had me at school four days a week and going out of my mind eight days a week. Starting Friday, the Spring term begins for my school, but not to worry, my schedule is much more manageable than it has been.
Unfortunately, I’m plum out of advanced material for posting. That’s why there have been such inconsistent posting on the blog since the end of last year. In order to get back on top of things I need to slow down my posting schedule so that I can create a new surplus that can help me through those periods when I can’t write as often as I want. They happen more than you might imagine, but up until now, I’ve gotten through them with material written in advance.
In other words, the posting schedule for ITS is going to be a little erratic over the next month or two, possibly longer. I’m going to do my best to post at least one short story per month while I’m rebuilding my advanced supply of stories and if all goes well, I hope to get on a more permanent and timely schedule in the months ahead. I’ll keep you updated on how things are going and no, that won’t be the story I’m posting for you.
The first short story is almost ready to go, but not yet finished or I’d promise you a posting on it for Wednesday. That’s still my goal, but if it takes more time than I’m expecting it could be Friday or even next Monday before it goes up. It’s a return to the Cedar Lake campus, but this time it’s not a student in trouble.  I’ll let you guys figure out what that means.
Oh, and there are couple of you I owe an email as well, sorry for the long delay, but I promise you’ll hear from me this week. If you’re waiting for a reply and don’t get one by Friday, please re-send your original message because I might have lost it in the mix or it could have got caught in my spam filter, but either way that means I don’t have it.
Posted by Ashley J

No explanations are necessary - the course of creativity, as with true e love, rarely runs true. It sounds to me like your plans for the Pickett family will, in the end, work better, and holiday stories tend to be trite and formulaic anyway.

Perhaps this revised schedule will give you an opportunity to consider what will happen to "Jade Runner". I fell like someone seeing one of the old cliff-hanger serials at the Saturday movie wher the heroine is literally left hanging off a cliff, and I would give much to reach solid gound mentally.

Anyway, thank you for ally your great tales, and good luck with whatever your over-filled schedule holds.

Speaking for everyone I am so glad that your hiatus was from being busy and not health concerns. Looking forward to the return to the Pickett family and to your next story as well.

Please see my e-mail when you get time.

I will tell you what I just told one of my favorite authoresses at another site, "Write if and when your schedule and your heart want to.

When your story needs to be told, you will tell it, as you always do with flair and wonderful detail.

Personally, if I HAVE to do something, like post creatively ON SCHEDULE, I grow to hate it, even if I do it. I would hate for you to feel that way about your fine site and your fine work.

As to content change, or change of direction, etc. You ARE the writer. It is YOUR story. You do what makes you feel true to your work.We will all gladly go along for the ride!

One small request mirroring Pasian, if you could either continue Jade Runner or perhaps, do a postscript, letting us know if she's ever able to sit peacefully again or married to that dreaded wet-paddle for the remainder of time??? She is quite strong-willed, afterall!(lol!)

Thank you for all you do! I will be patient and look forward to what the days ahead may bring us!

I echo Bill's comment that I'm happy to hear that it's your schedule and not your health that's delaying your postings.

And although writing a serialized story as you go along can have it's own creative rewards, I also echo Jim's comment that it's better to be able to post a story because you feel it's ready, not just because a posting schedule demands. Jim, who's a very imaginative writer himself, knows what he's talking about.

You're handling this exactly the right way. I definitely vote that you return to the Picketts -- they belong in the Ashley Jefferson Families Hall of Fame along with the Bennetts and the Beaumonts — but do so when you feel the time is right.

And just so I can make one comment that's not an echo of what somebody else commented: I'm VERY excited to hear that you're paying a return visit to Cedar Lake. I may be the first to say that, but I'm sure a lot more are thinking it.

Ash, thanks for the update, I too am pleased that your absence wasn't caused by health problems.
As for your writing, the Muse can be a fickle jade.
Write when you are ready and what you are inspired to write.
I, for one look forward to whatever you offer.
Love and warm hugs,
Paul.

I'm glad to hear the lack of posting was due to workload rather than illness. Please do continue with the Picketts and perhaps some Jade Runner since Kit's bottom must be very sore after 3 months with that awful paddle. Don't kill yourself on our account but please try to throw us some scraps every couple of weeks.

Thanks for the update and like everyone has already said write when you got the time no rush. i will read when you have something new up, not going anywhere as of yet. also glad your health is good too
looking forward to reading anything you got to share in the near future
AL :)

Thanks for the input everyone. Your comments were all very reassuring and I appreciate them all.

I forgot about The Jade Runner, how I don't know, but not to worry, I'll get the final parts of that posted and don't worry, I'm sure Kit and her friends will all be just fine. I mean a little spanking never did anyone any harm did it? lol