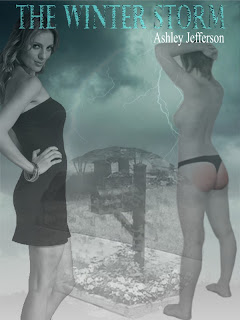 Great post
I am really liking Rachel as a character. Even when she does do things that do land her in a bit of trouble
the relationship her and Richard have is cool too Nice touch to the story
Looking forward to see what else is in store for the characters in upcoming stories
Thanks
AL :)

This just keeps better and better, Ash. Each chapter leaves me anticipating the next.

First class, Ash - a classic story if ever I saw one.

Thank you for sharing your wonderful talents as a story-spinner with us.

Ash, great story, I am liking Rachel a lot.
I'm not sure of the efficacy of humiliation as punishment, but what ever flouts your boat.
The story is flowing nicely, I'm looking forward to next Monday.
Love and warm hugs,
Paul.

LOVE the humiliation aspect! The fact that she has to carry on a conversation with the grouchy neighbor while holding the mail in one hand and trying to cover her breasts with the other is delicious. I really despise her brother's "bimbo," though. Locking her out of the house in her current state was just plain wrong! I do hope she gets her just desserts.

Ashley, you are at your best (and that is a dizzyingly high level) when you narrate the deep embarrassment a young lady finds herself in when she crosses her parents or figures of authority. I love these episodes. Being a woman you know what situation is the most distressing, what details add humiliation, and who are the witnesses she most hates. You create families and bosses, who are true experts in inflicting mortification. These situations you create are a pure delight. Do continue exploring this rich vein. Many thanks again. François

Al, I think the most interesting characters in these stories are the ones who always manage to land themselves in trouble despite trying desperately to do otherwise. There is plenty more to come, I promise.

Michael, That is definitely my goal, to keep you hanging on the edge of your seat and waiting breathlessly for the next installment. Of course, it's all downhill after the climax.

Hedgehog, glad you enjoyed it. It's my pleasure to share these stories and I love it even more when they are good enough to inspire comments.

Paul, Rachel has somehow managed to be the star of this saga. One of my friends seems to think she shares a lot in common with the author, I think it's just his imagination though. I would never run in the house or argue over silly inevitable things. Really. I promise, that's not me at all. As for humiliation as punishment, I'd rather take the spanking myself, but even that has a bit of humiliation in it. Besides, being its fiction, I like to explore the outer boundaries of what is acceptable and what is just crazy. Glad you're enjoying it.

François, Thanks. I love writing these types of stories where my heroines have to contend with people who not only know their deepest, darkest fears, but aren't opposed to making use of them in order to teach her a lesson they think she needs to learn.