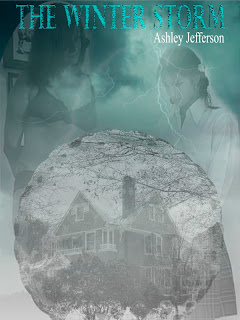 Another thrilling chapter of this wonderful story - you are so good to us, Ashley - thank you lots and lots.

Ash, I love the devious detail thinking and plot in this episode.
That rat fink Brody is even worse than I thought, a corrupt policeman,yuck!
You get better.
Love and warm hugs,
Paul.

fantastic chapter
Looking forward to the next chapter
AL :}

Hedgehog, It's my pleasure to share. I've got a few more parts of this still before we'll move onto something different. Glad this one is still good for you.

Paul, I love putting all the complications into my stories. It makes things much more interesting in my opinion, besides making it easier to understand how things go wrong. Fortunately Brody is just a wannabe corrupt policeman. At least her in California, no one I know consider civilian traffic enforcement officers to be real police.

Al, Only a few days to go. It should be here around 7AM PST on Monday. Of course blogger isn't always punctual so you might have to wait up to fifteen minutes longer. I'm sure you'll manage though.

Michael, Thank you. I really prefer writing stories where the characters have more dimension than merely being spanker and spankee. This is why I've switched to multi-part stories this year as opposed to the short tales I was sharing last year. It's also great practice for the world building skills I've been learning in school. I'm pleased you're enjoying it.