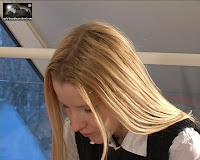 Grounding, sometimes referred to as restriction, is a punishment in which the recipient’s freedom is artificially limited by the disciplinarian. Generally, grounding includes some form of confinement and a limitation of activities. However, grounding is an extremely flexible discipline which can be adapted into almost any situation with a little imagination on the part of the disciplinarian. When confinement is not feasible alternative restrictions can usually be implemented and the same goes for limiting activities. With its wide range of possibilities it should come as know surprise that grounding is one of the world’s most common punishments.
Societies use jails or prisons to confine prisoners and within that confinement the inmates activities are controlled by adherence to a strict regime. In this way, jail time may be seen as an extreme form of grounding. For most, iron bars and concrete cells are not necessary. When disciplinarians make use of confinement they tend to utilize the home environment, either sending the recipient to their bedroom, a special room in the home, requiring them to stay within the house, within a certain portion of the house, or within the boundaries of private property surrounding the home. Of course, other locations are sometimes used depending on availability and control over the space. The decision as to how much area the recipient is allowed to occupy may or may not be influenced by the recipient’s transgression.
Often times the more severe side of grounding is the limitation to the recipients activities. The wide range of possibilities makes it impossible to provide a comprehensive list, but is should suffice to indicate that any activity which is not strictly necessary to survival, may be taken away and those which are necessary to survival may be strictly controlled and regulated. The most common restriction to activities revolve around entertainment, such as limiting access to computers, televisions, radios, mp3 players, cd players, and games (video or otherwise).  Second only to entertainment activities are restrictions from communications like; telephones, cellphones, and visitors.
As with most popular disciplines, grounding offers the disciplinarian many ways to connect the punishment to the recipient’s poor behavior. A speeding ticket might result in the loss of the use of a car, staying out past curfew might mean being stuck at home with an early bedtime, or inappropriate attire for an evening out might mean staying home wearing an embarrassing outfit or even nothing at all. Most disciplinarians agree, it is this fundamental connection between misbehavior and punishment that makes a disciplinary measure an effective teaching tool.
The aspect of grounding which truly sets it apart from all other disciplines is time.  A spanking is immediate and while a recipient might complain about the length of time in the immediacy it is a relatively brief measure. Even writing line, one of the more time intensive disciplines, is of little relevance when compared to the time involved in grounding. Although, technically grounding can be used for any period time, intervals shorter than a day are typically ineffective and privately viewed by the recipient as a joke. Likewise, time frames that span more than a couple of months tend to reach a point of diminished returns. Time spans between one and two weeks are typically utilized and generally have the best results in terms of lesson teaching and behavioral modification.
While grounding is undeniably an effective discipline used on its own, it is also commonly used with additional disciplinary measures. Anything from writing lines, to spanking, all the way to punishment chores can be used simultaneously and the limitations are only so far as the disciplinarian’s imagination is restrained. Grounding is often the best alternative when a single disciplinary measure is insufficient because of its unique adaptability to almost any circumstance and the ease in which other disciplines may also be included. All told, it is easy to see why grounding is a favorite among disciplinarians so long as the time is available.
Posted by Ashley J

Ash,
Thanks for the informing article...enjoyed it
AL:)

PLEASE! Back to the stories. Or do you need insentive.

Again, a very well thought out and informative post, Ash, and again my thanks for posting it.

I have little to add myself, apart from the fact that, on returning from work, at the time clearly stated, the sub should be undressed and allowed no access to her day clothes until the following day; allowing her only one set of undies means she will have to wash and dry them in order to wear them the next day anyway, and I have found this is a very useful and humbling addition to grounding itself, which can, of course, include other punishments such as those already discussed in your excellent articles.

Thank you once more for sharing your knowledge of punishments with us.