Updates And A Question 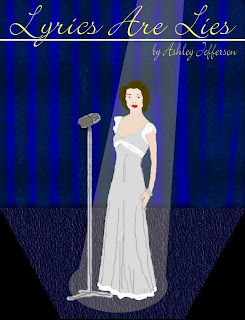 Projects, projects, and more projects. I have been meaning to write this update on things for a little bit, but like everything else lately, it kept getting put off. Well not everything gets put off, but priorities have a way of shifting on a daily basis. Right now and for the next couple of weeks my first priority is Quest Five though and I don't think that will be changing.

I've had a few people asking about The Retreat, it was supposed to be finished two or three weeks ago. It is still coming, but the story actually has ended up being a bit longer than I originally anticipated. The greater length should be good overall, but it has meant the story is taking longer to finish. I am tempted to give a new estimated date of completion, but having missed the last one completely, I would rather say, I'll keep you updated.
Jessica's Toil will also be delayed a bit from its original date because with me still working on The Retreat, I have not had the time available to push it forward. Jessica's Toil will get tackled, but I am considering pushing it off even further because of another idea which I'm very excited to work on. Time will tell and I will keep you updated here.
The newest story being added to my list of works in progress goes along with the included pic and it's called Lyrics Are Lies. The story will be set during the prohibition era in the United States. I won't give too much detail at this juncture because the story is still largely in the planning stage, but this is shaping up as the project to follow The Retreat. It is looking to be a story primarily about forbidden love between a singer at a speakeasy and a Federal law enforcement officer. The dynamics of the basic relationship seem pretty engaging, but I'm working on including quite a few nice extras to the story from spankings to adultery and blackmail. Not everyone's cup of tea I'm sure, but I'm pretty excited to write this one.

For those who read and enjoy Quest Five, you've probably already guessed the story is coming to a conclusion. I started writing Quest Five last April and now after almost a full year of writing the story is coming to its final chapters. The various plots and subplots are all coming to their ends and I'm now at a point where I have to decide precisely what kind of an ending I'm going to give Allison and her colleagues.
I've narrowed it down to two real possibilities, but I find myself vacillating between them. Should I close the story out for good, give the characters their respective endings, happy and content with all things set to right in the world? It is tempting of course. Allison has been through a marathon of trials and it seems only fair in the end she should enjoy the rewards of perseverance. This is perfect and right, but only if I'm truly finished with Allison.
The fact is, I've loved writing Quest Five. I'm attached in a very personal way to the characters and I'm not totally sure I'm ready to give them up. The current story has to come to an end of course, its time is upon us and the story was planned from the start to come to this point. I need a break as well. Writing fifty to a hundred pages a month is tiring and time consuming. There are lots of other projects I'm looking forward to working on, but what if I want to come back to Quest Five after a few months? Well then, I need an ending which I can easily pick up from and begin a new story. It wouldn't necessarily be as satisfying nor as happy, but an ending with possibilities for the future sounds pretty good too.
So I guess the question comes down to this, and I'd love to hear from anyone with an opinion on the story; Should I end Quest Five permanently and move on to other stories or should I leave it open for a second story and plan on a return to it in the future?
Posted by Ashley J

Ash, the choice is yours, of course.
A satisfying end is always good, but if nothing absolutely final happens, sequels are always possible.
But then I'm a Libra, I don't do decisions. ;)
Sorry about the delete, but I like to sign my comments.
Warm hugs,
Paul.

Hi!
I commented on the Quest Five stories last week, and I have loved the ones you have posted since then, too.
I have to agree with Paul that happy endings are always nice, but it would also be nice to know you might return to the storyline in the future, too. I don't know about anyone else, but I end up thinking of characters I read about in books as friends, and it would be nice to visit again. Of course I would hate to see you burn out on the story, too. I imagine that to be a possibility when you write a story over time like this. Whatever you decide, I'm excited to read your other stories, too!
Courtney

Paul, My original plan involved sequels, but over time I started to drift more towards a nice, happy, final ending. Just throwing my thoughts out there and talking about them is helping me decide. I'm still not certain, but definitely getting closer.

Courtney, Thanks for joining in. I look at characters very much the same as you do, but in the case of my own creations they can start to feel more like family than friends. Sometimes you just have to get away from them and then when you do, you start to miss them. I feel a little tired with Quest Five now, but I know that's in large part due to working on the same storyline for a year. Once I take a couple months off from it and work on some of the other projects screaming to get out of my head, I'm not sure what I'll want to do. There is a good chance I'll want to return to Allison. There is also a good chance I'll be hooked on a new idea and want to pursue it. Only time will tell I guess so I should probably keep my options open.

A decision like this is much too important to leave in the hands of the author. You've earned a break and Allison has earned a happy ending, but you can always give her a happy ending — say around Volume 95, a few decades from now. She's too excellent a character to say more than a temporary goodbye to. And, frankly, I think she has too restless a personality to settle down to a happy ending just yet.